What time is it? Game Time! The NBA is back. – Bouncewear What time is it?
Game time!

NBA'S STARTING IN LESS THEN A WEEK, AN OVERVIEW OF WHAT TO EXPECT!

It’s October and everybody who loves basketball knows what that means: the start of the regular season in the NBA is looming around the corner. The prospects are bright, extremely bright. Because this year, it looks harder than ever to predict where the biggest danger is coming from and who get’s to claim the Larry O’Brien trophy in June. The Eastern Conference is the strongest it’s been in the last 15 years and the West looks to be back to full force. The only thing we know for sure is that it’s gonna be really good and that we might be heading for one of the most epic and tight seasons in our lifetime.

STRAIGHT OUT THE CITY OF ANGELS

Even though making predictions is harder than it’s been for a while, there are some clear-cut favorites. And one of them is coming out of the City of Angels. No, I’m not talking about the Lakers. Yes, they still have LeBron James and Anthony Davis (and that guy who almost build a new arena with all the bricks he threw at the rim), but the only thing they will be celebrating this season, is LBJ passing Kareem Abdul Jabbar for the all-time scoring record. It's the Los Angeles Clippers we all should be keeping an eye on. They're finally completely healthy again and on paper they have the strongest roster they might have ever had. Kawhi Leonard looks ready after missing the entire past season. And when I say ready, i mean READY! Paul George is set go off as Kawhi's luxury wingman and they added John Wall to an already solid line-up. What Wall will be able to bring after his serious injuries is still a question, but even with a limited contribution from his part, this could and should be the biggest year in the history of the franchise.

The Clippers aren't the only team that's expected to be back to normal and at full strength. The Denver Nuggets are another one. Reigning MVP Nikola Jokic will have his running mate Jamal Murray back, after he missed more than a year and a half with a torn ACL. And they also should be able to count on Michael Porter Jr again. That's such an increase in quality that it turns Denver into in instant contender. Especially if you look at what Jokic was able to do without those guys at his side.

Another team that's gonna get a huge quality boost is New Orleans. And that's all because of one guy: Zion! Zion Williamson didn't play in one game last season, but is healthy now and appears to be stronger and more fit than ever. That means that one of the most unique athletes this game has ever seen, is now even more explosive. If he can stay on the court from now on, there's no limit to what the Pelicans can achieve. 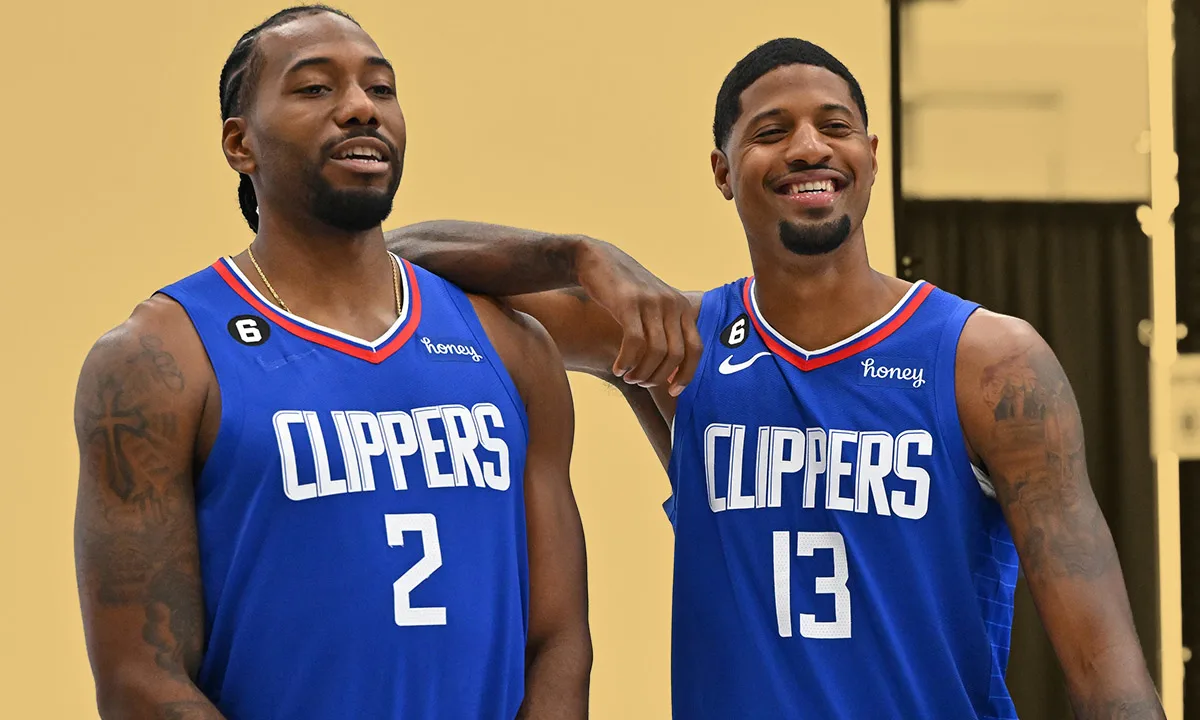 "The ceiling is the roof"

The same can be said for Luka Doncic. Or to use Michael Jordan's words: "The ceiling is the roof". Luka was incredible at EuroBasket this summer and is in the best shape of his life. He's once again and maybe more than ever one of the biggest candidates to become MVP this season. The Mavericks did lose Jalen Brunson, their number two scorer last season, but they added Christian Wood to strengthen their frontcourt. And they get Tim Hardaway Jr. back after his injury woes.

Injury concerns do trouble other possible contenders and especially the revelation of last year: the Memphis Grizzlies.

Jaren Jackson Jr will be out to start the season and will miss between four to six months. That's a big loss for a Grizzlies team that wants to continue on what they build. Luckily for them, they still have a guy by the name of Ja Morant.

The biggest question marks of the contenders in the West are Minnesota and Phoenix. The TImberwolves went all-in and traded a shitload of draft picks and future assets for French big man Rudy Gobert. He has to become the piece that lifts Minnesota to the next level. Together with Karl-Anthony Towns he'll form the latest version of the twin towers. That is, when KAT get's healthy. Towns got a serious illness recently, lost more than 20 pounds and is not able to play basketball yet. Luckily there's Anthony Edwards. Going into his third year, he's bound to break through as the star we've seen flashes of.

The Phoenix Suns had a rocky summer. First, they had to try to get over the embarrassment of their Game 7 ass whooping against Luka and the Mavs. Then there was the DeAndre Ayton free agency saga and the scandal surrounding governor Robert Sarver. Now, Ayton stayed and Sarver is on his way out, but the worries aren't gone just yet. Ayton doesn't seem too happy to be in Phoenix and the relationship with head coach Monty Williams is not in a good place. And the Suns lost in the preseason to Adelaide 36ers by double digits. That doesn't really say anything yet, but aren't good omen either. Nevertheless, they still have the quality that got them the best record of the entire league last year.

DID GREEN SHATTER THE WARRIORS DREAMS?

And then there's the team that hoisted the championship trophy just a couple of months ago: the Golden State Warriors. They made some changes and lost a couple of key role players, but the Dubs have complete faith that their young guys Kuminga, Moody and Wiseman can fill those roles. Andrew Wiggins can build on that incredible Finals and Klay Thompson will be playing his first entire season since 2018-'19. They also still have that one guy wearing number 30. That Stephen Curry dude. Expect him to have another big year, after finally winning that first Finals MVP. Nevertheless, there are some concerns. Big ones. Because what’s going to happen with Draymond Green, after he tried to break Jordan Poole’s face? Something will have to be done. And it could be something that derails the Warriors’ plans to go for their fifth ring in the last decade.

Combine that with Draymond Green's ever presence and the brilliance of Stephen Curry, coming of that first Finals MVP, and you know the 4-time champs are a force to reckon with.

In the East, a lot of eyes are on conference champion Boston. The Celtics came up just short in the Finals, but the future looked as bright as ever. Head coach Ime Udoka was building something special, but now, there's a dark cloud hanging over the franchise because of him. Udoka got suspended for the enitre season, for multiple policy violations. The question is how Jason Tatum and his team will cope without the leading hand of their head coach. And whether interim coach Joe Mazzulla can continue the road they were on. 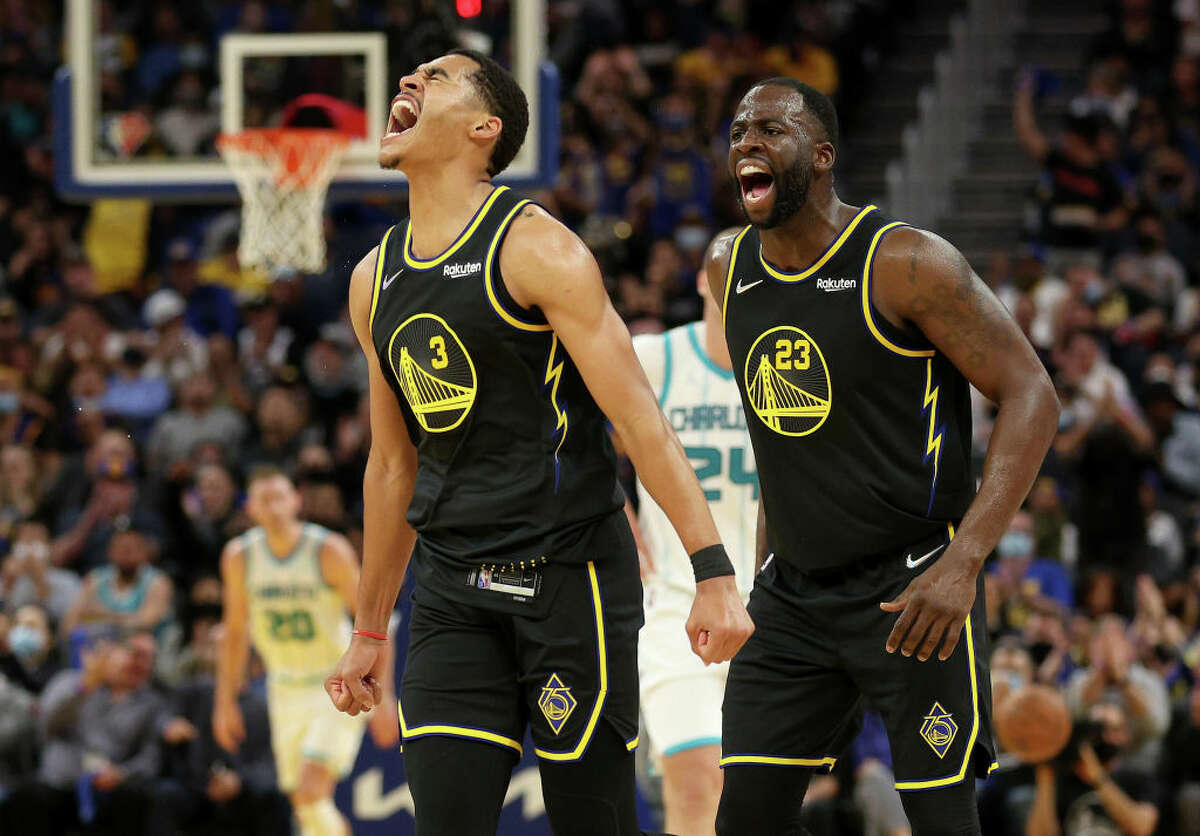 THE TEAM NOBODY IS TALKING ABOUT

GIANNIS AND THE BUCKS

A team nobody is really talking about is Milwaukee. The 2021 NBA Champion were a Khriss Middleton injury away from beating Boston in the playoffs last year and a real try to go back-to-back. This year they're still the Bucks. And that's a good thing. Giannis Antetokounmpo is still the most imposing and dominant player in the league and since he's tasted victory once, he's hungrier than ever. The Bucks will probably have to wait a little while for Middleton to get back to his old self, but when that happens, expect Milwaukee to scare every opponent in the east half to death.

Miami is another team that's almost exactly who they were last year. They lost PJ Tucker, but that's basically it. The Heat gave Tyler Herro the bag, so they expect him to raise his game another level. And they hope Jimmy Butler, Bam Adebayo and Kyle Lowry can be healthy enough to go on another deep run.

The team to watch in the East is coming from the 'mistake on the lake": the Cleveland Cavaliers. The Cavs went for it and acquired Donovan Mitchell from Utah, without losing one of their key pieces. They can boast a line-up with Mitchell, all-stars Darius Garland and Jarrett Allen, and the extremely promising Evan Mobley. Only the small forward position is still uncertain. Isaac Okoro is an option, as well as the often injured Caris Levert. However they fill that spot, Cleveland will be extremely fun to watch and can cement its place as the team of the future 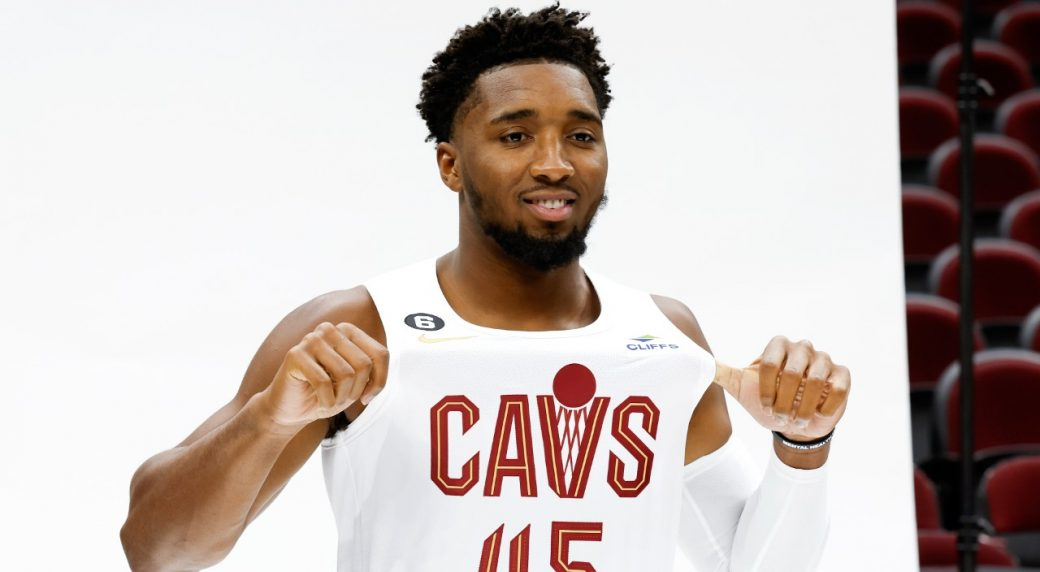 And what about the Nets? Yes, what about them? After all the drama surrounding Kevin Durant this summer, the band is still together. Or like new addition Markieff Morris said: "Broke up with my wife couple times, we still married." KD is just where he was when the Celtics swept the Nets and Kyrie Irving will be able to play the entire season this time. Until something happens. It's Kyrie, nobody knows! But on paper, it looks really enticing. Especially with Ben Simmons finally playing. There are a lot of doubts surrounding him, but if he finds his ideal role and can become a 4 of small ball 5 these Nets have every ability to be amazing. It's just unclear if we can trust them.

Simmons' former team is the last real favorite in the Eastern Conference. It's clear that there are plenty good teams in the East, but there's not a real dominant one. So, why not the Sixers? Why not Philadelphia? It's about time for Joel Embiid. He's been as dominant as can be, but the success hasn't come with that. Maybe this is the year. James Harden claims to be in the best shape he's been in for a while, Tyrese Maxey is getting better and better and they added PJ Tucker to be the team's enforcer. If everything finally clicks, don't be surprised to see Philly in June. But if it doesn't and James Harden flames out when it matters most again, don't be either.